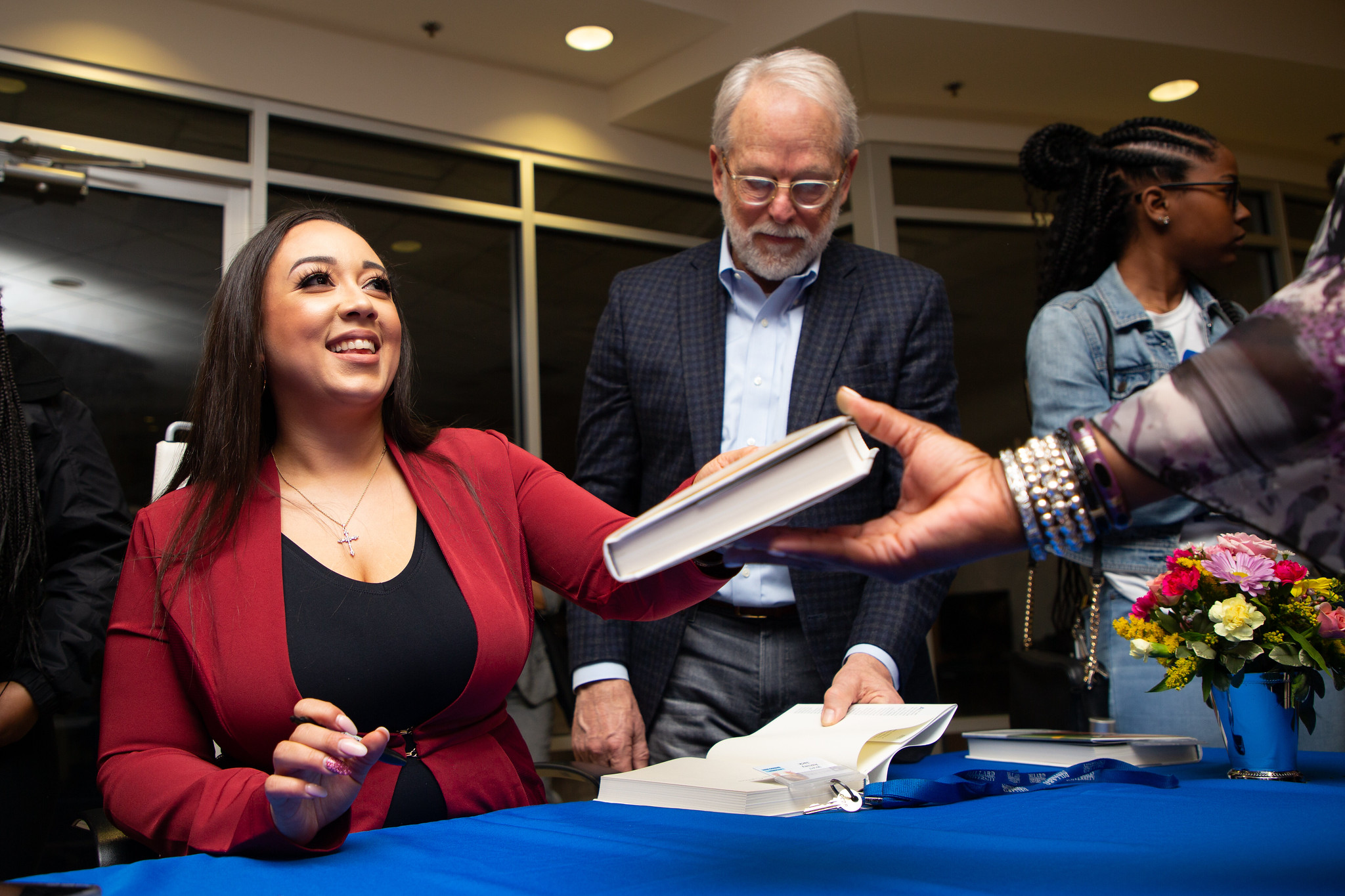 NEW ORLEANS–Dillard University’s Center for Racial Justice will host the Human Trafficking Awareness Conference September 16, 12-5:30 p.m. in the Professional Schools Building. The keynote speaker will be criminal justice advocate Cyntoia Brown Long who spoke to a packed Georges Auditorium at Dillard in 2020. There will also be a panel discussion featuring survivors, 3-4 p.m.

After being trafficked during her early teenage years, at the age of 16, Long was arrested for killing a man who solicited her for sex. Long was tried as an adult and sentenced to life in prison without the chance of parole for 51 years. Her trafficker was never arrested. After her story made national headlines, Long received social media support as well as support from notable figures throughout the nation. Her sentence was eventually commuted by Tennessee Governor Bill Haslam, and Long was released from prison in Nashville on August 7, 2019.

Long wrote her memoir, “Free Cyntoia: My Search for Redemption in the American Prison System” (Atria Books), while in prison. The memoir documents her early years and the 15 years she was incarcerated. Currently, Long works with service providers, judicial bodies and correctional agencies to provide training, auditing and coaching designed to develop a dignified and empowering approach to corrections, programming and case management through her firm JFAM Consulting, LLC. Alongside her husband, Jaime, Long co-founded the JFAM Foundation to better serve and advocate for individuals who have been affected by human trafficking, youth services involvement and incarceration.

Long was awarded the 2022 Leadership Prize from the Juvenile Law Center for her work in advocating for justice-involved youth. In January of 2020, the Vera Institute of Justice recognized her as one of the Best of Justice Reform honorees. She was also a 2020 Nominee for the NAACP Literary Image Award and has been featured as a guest columnist for The Washington Post.

Dillard University is a historically Black institution that cultivates leaders who live ethically, think and communicate precisely, and act courageously to make the world a better place. Located in New Orleans, Dillard is a private faith-based liberal arts university that offers 22 majors and two certificate programs. Ranked 5th on 2021 The New York Times Overall Mobility Index and 14th in 2022 by Academic Influence for Best Colleges and Universities by Academic Stewardship, Dillard’s call to future leaders is to Write Your Legacy. Find out more about Louisiana’s oldest HBCU by visiting www.dillard.edu.