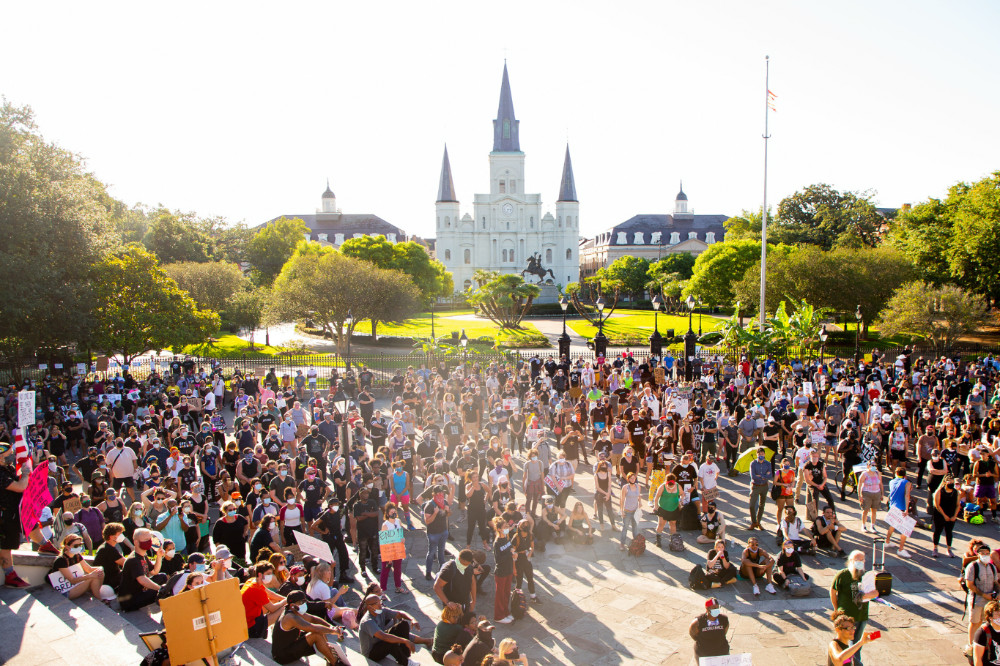 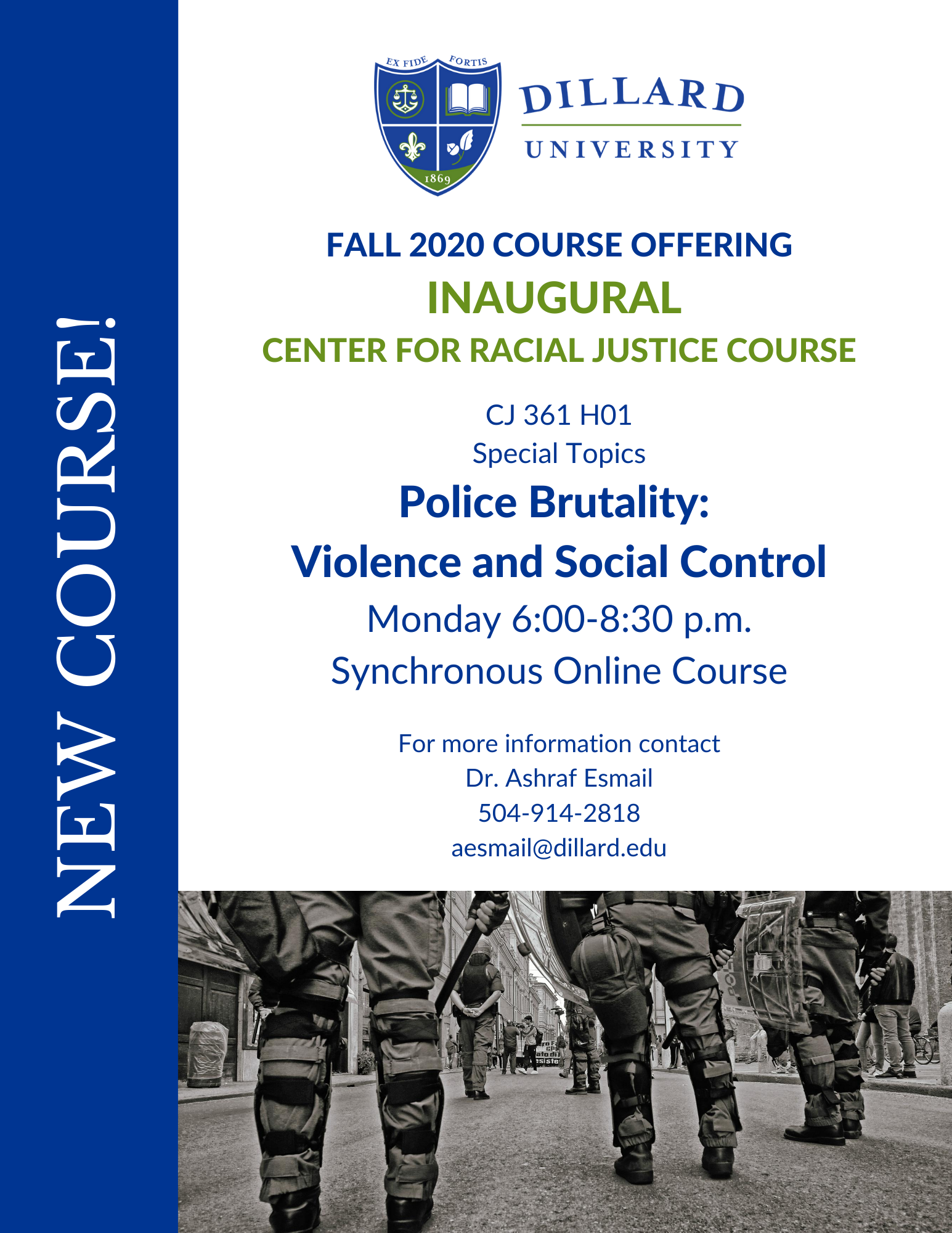 Dillard University launched its Center for Racial Justice (CRJ) this month (July 2020)  in response to the mounting police brutality cases in the United States. This fall, the first class that will debut from the center is Police Brutality: Violence and Social Control. The course is a synchronous online course. The course will introduce students to the origin of police violence, the culture of police brutality and understanding police power. Students will also examine how law enforcement utilizes violence,  social control and racial profiling through various theoretical perspectives and empirical data. Students will study the laws, bias and policies that have allowed several offenders to escape penalization. And on the contrary, the course will also cover Civil Rights violations and practices that have been utilized to prevent violence and force accountability. The Police Brutality course will also explore control, treatment of offenders, and the tools used to prevent violence.

Dr. Ashraf Esmail, inaugural director of the CRJ believes courses like Police Brutality will help address the public’s needs from law enforcement (both locally and nationally). “The tragic deaths of George Floyd and others that have been well documented has drawn significant interest in relations to protests against police brutality across the United States.  This course will focus on the abuse of power and systematic racism in relation to the police,” he said. “This course will look at the history of police violence in the United States, the policies and laws that we have in place to address these issues, understand how this has impacted the public that has requested change, and provide the tools and knowledge that is needed to address these issues.”

The learning objectives of this course will allow students to discuss police brutality with in-depth examination while studying law enforcement and the court system regarding police brutality cases. Students will also have the opportunity to identify the basic research methods and data resources used to analyze police brutality occurrences. They will gain the knowledge to identify a variety of crime patterns and trends and describe their relationship to such variables as culture, gender, age, ethnicity and socioeconomic status.

The mission of CRJ is to bring systemic change to the way policing is done in communities of color and to promote partnerships with law enforcement including police departments and sheriff’s offices, graduate and professional schools. The CRJ will be a reservoir for lectures, research, advocacy training, civic engagement and political participation. CRJ’s goal is to change the way people of color and their communities are policed through education, community relationship building, civic engagement training, services, partnerships and utilization of relevant resources. In the future, the public can expect the center to premiere a 30-hour certificate program that will offer courses such as:  Policing in Society, Sociology of Black Americans, Civil Rights and Civil Liberties, Social Welfare, Policy and Services and Leadership in Ethical Decision Making.

Dillard Board of Trustees chair Michael Jones, Esq. '82 wrote about the importance of the Center for Racial Justice for Bloomberg Law. As a historically Black university, Dillard is set to become the leading educational conduit between law enforcement, community leaders and citizens in New Orleans and the nation.