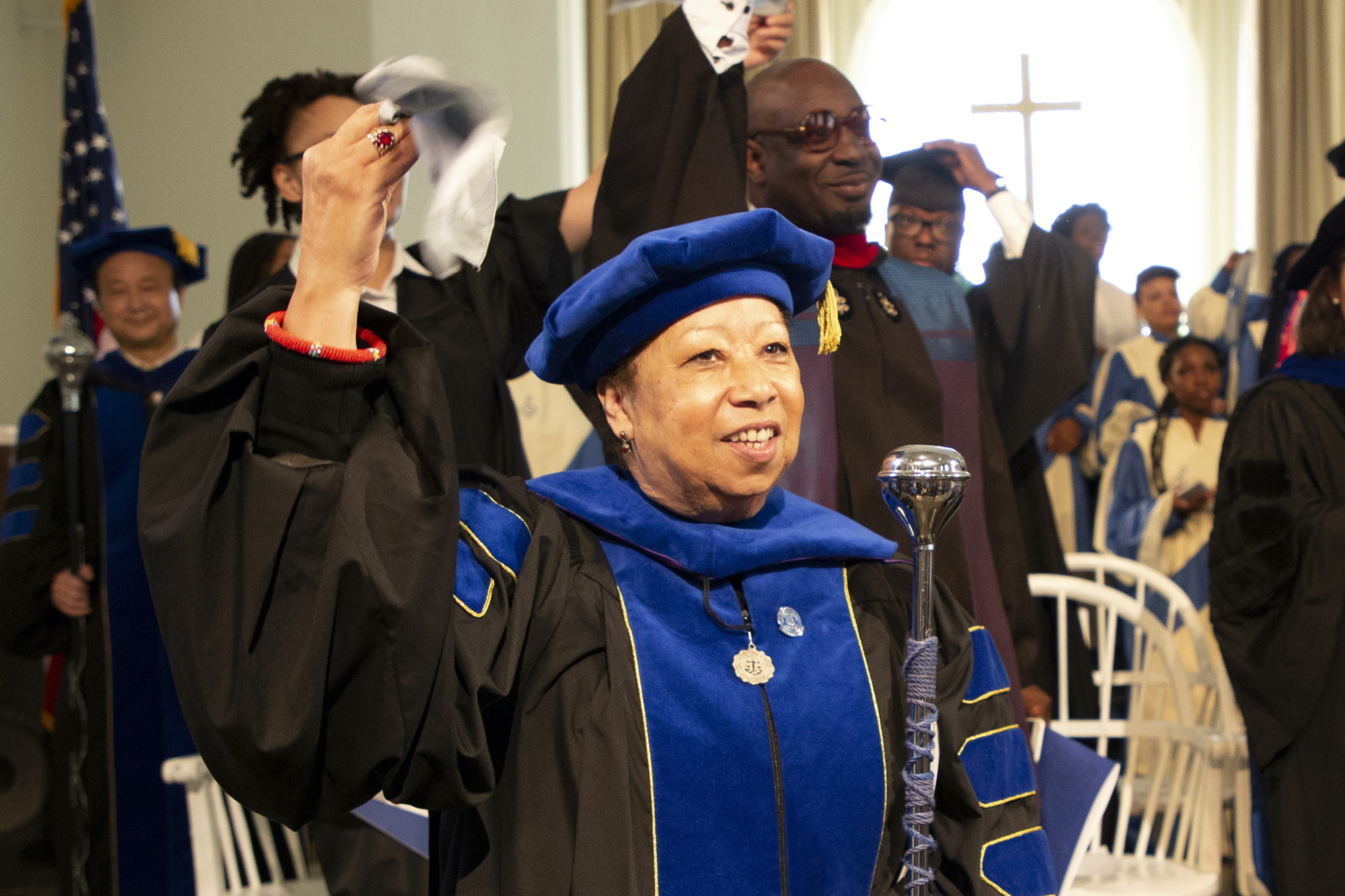 Dr. Mona Lisa Saloy had been hanging on to the news for months. In August, Saloy finally publicly announced that she has been named the Louisiana State Poet Laureate, a role she took on August 14. The Conrad N. Hilton endowed professor of English at Dillard has begun serving a two-year term that will end in 2023 and her inaugural reading will be held virtually, 7 p.m. on September 29. The event is free and open to the public. 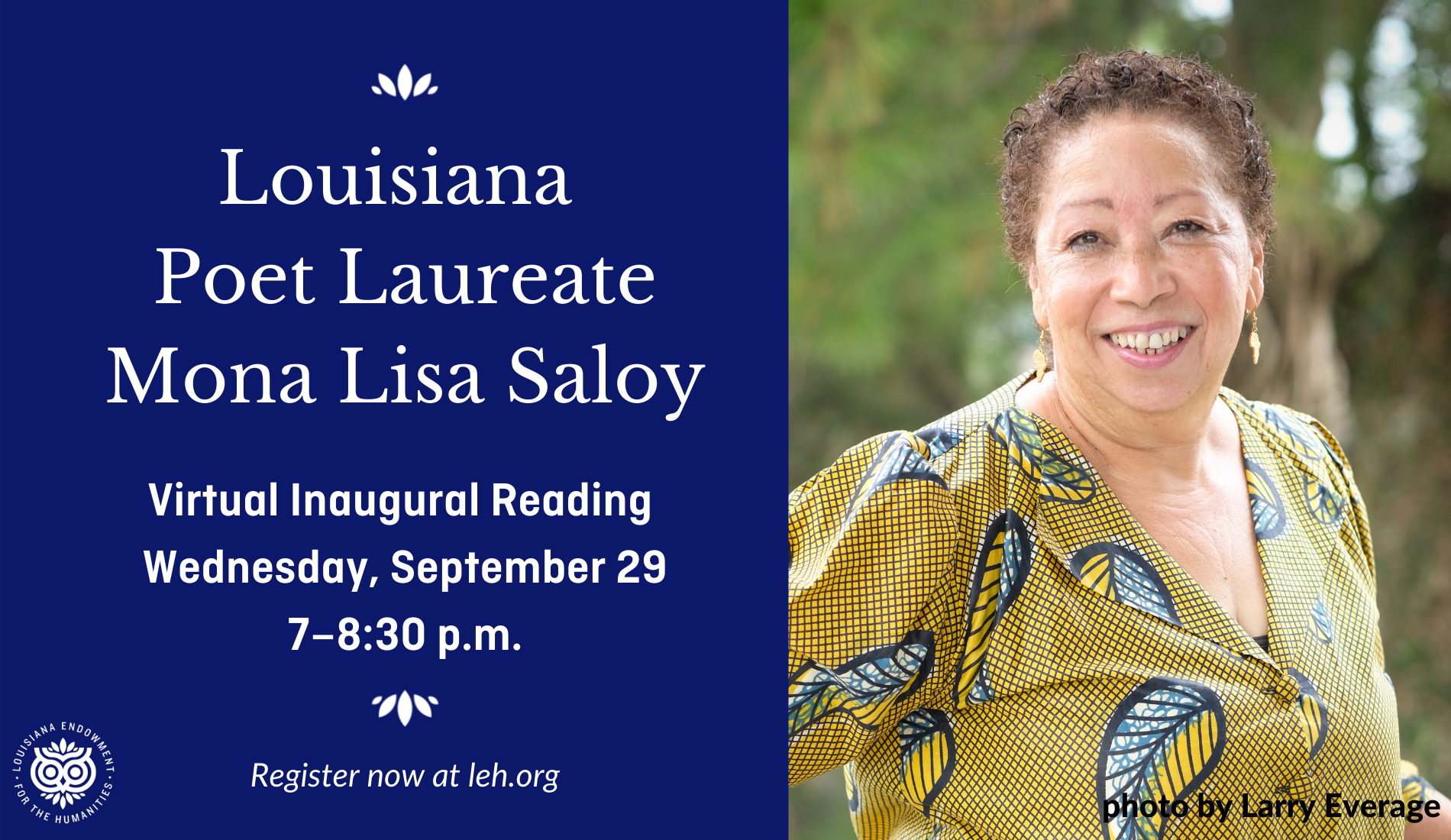 The state poet laureate serves as Louisiana’s literary ambassador and travels the state encouraging fellow Louisianans to explore and engage with poetry.

Dr. Yolanda Page, vice president of academic affairs at Dillard, expressed pride in Saloy's new assignment. "This recognition is a culmination of a prolific career dedicated to bringing recognition to the traditions of Louisianians, particularly the Creole culture."

The award-winning author, folklorist, educator and scholar has been known and beloved for her work about Black Creole culture. Saloy has documented Creole culture in sidewalk songs, jump-rope rhymes and clap-hand games to discuss the importance of play. Her first book, “Red Beans & Ricely Yours,” won the T.S. Eliot Prize and the PEN/Oakland Josephine Miles Award. Her collection of poems, “Second Line Home,” captures day-to-day New Orleans speech, family dynamics and gives insight into the unique culture that the world loves. 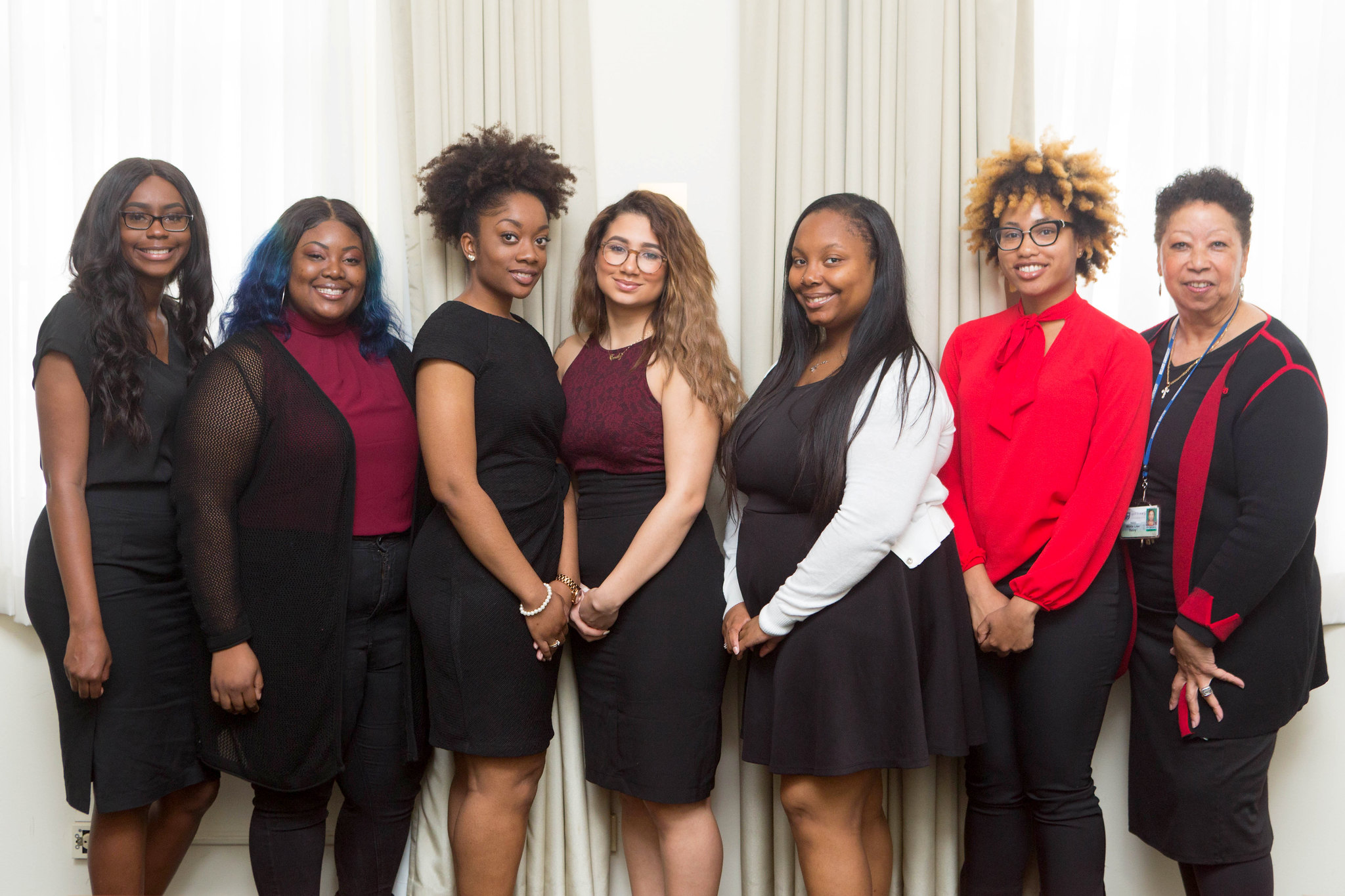 Deeply appreciative of being selected, Saloy says that poetry picked her. “God has taken me a mighty long way.” A long way, indeed. At one point, to have achieved such an honor would have literally been forgettable to Saloy. At one time, she suffered from amnesia as the result of an auto accident.

“I began to write to remember, then met young poets who introduced me to Black literature, which was not taught in those Jim Crow days, and I was in love,” says Saloy. “My newly-beautiful Black voice, so full of family and the Deep South, in particular from New Orleans, was missing. I just wanted to talk back, and I never stopped studying or writing.” 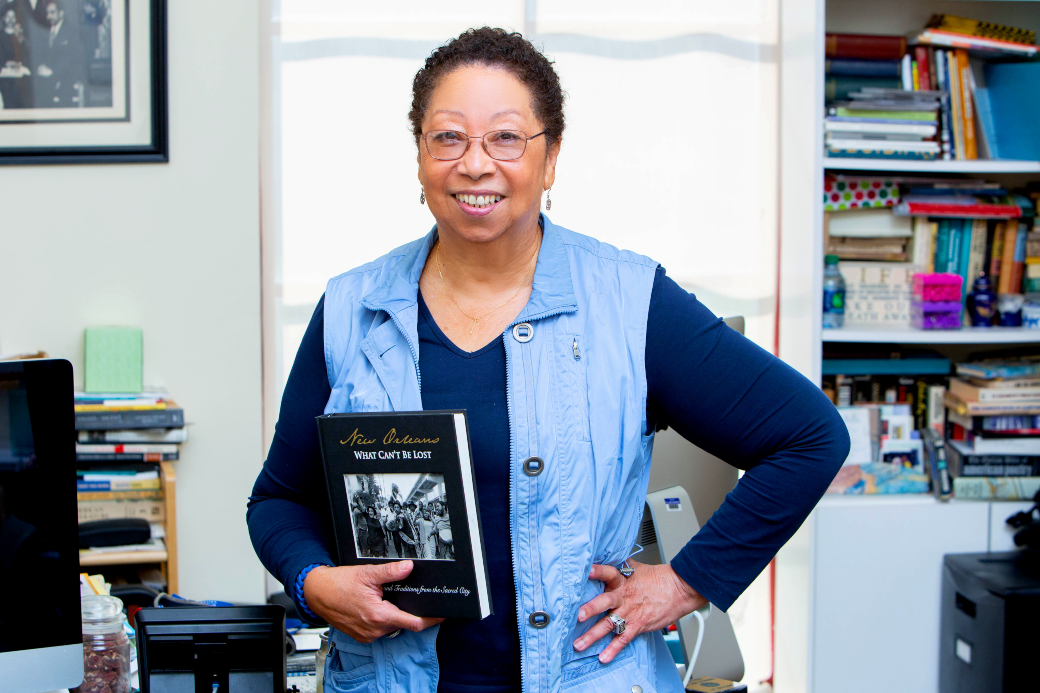 Saloy has expanded her creative works and she has lectured across the country. Her screenplay for the documentary “Easter Rock” premiered in Paris at the Ethnograph Film Festival and at the national Black museum. Her documentary, “Bleu Orleans,” focuses on Black Creole culture. She has lectured on Black Creole culture at Poets House in New York City, The Smithsonian, Purdue University, the University of Washington and Woodland Pattern Book Center in Milwaukee.

In 2020, Dr. Saloy was named an editorial reviewer for Meridians: Feminism, Race, Transnationalism, a peer-reviewed journal. She also accepted a similar role on the editorial board and review team for Social Sciences, a peer-reviewed academic journal. Saloy’s vast portfolio also includes contributions to:  “New Orleans, a Neighborhood Nation” on versedaily.org, “I Am New Orleans” (University of New Orleans Press, 2021), “Louisiana Poets: A Literary Guide” (University Press of Mississippi, 2019) and Chicago Quarterly Review Vol. 33: An Anthology of Black American Literature. Her verse on the Black Arts Movement appears in the Journal of Pan African Studies. Saloy also writes about the significance of the Black Beat poets, especially Bob Kaufman, on the African American Toasting Tradition, Black talk and on keeping Creole to today. 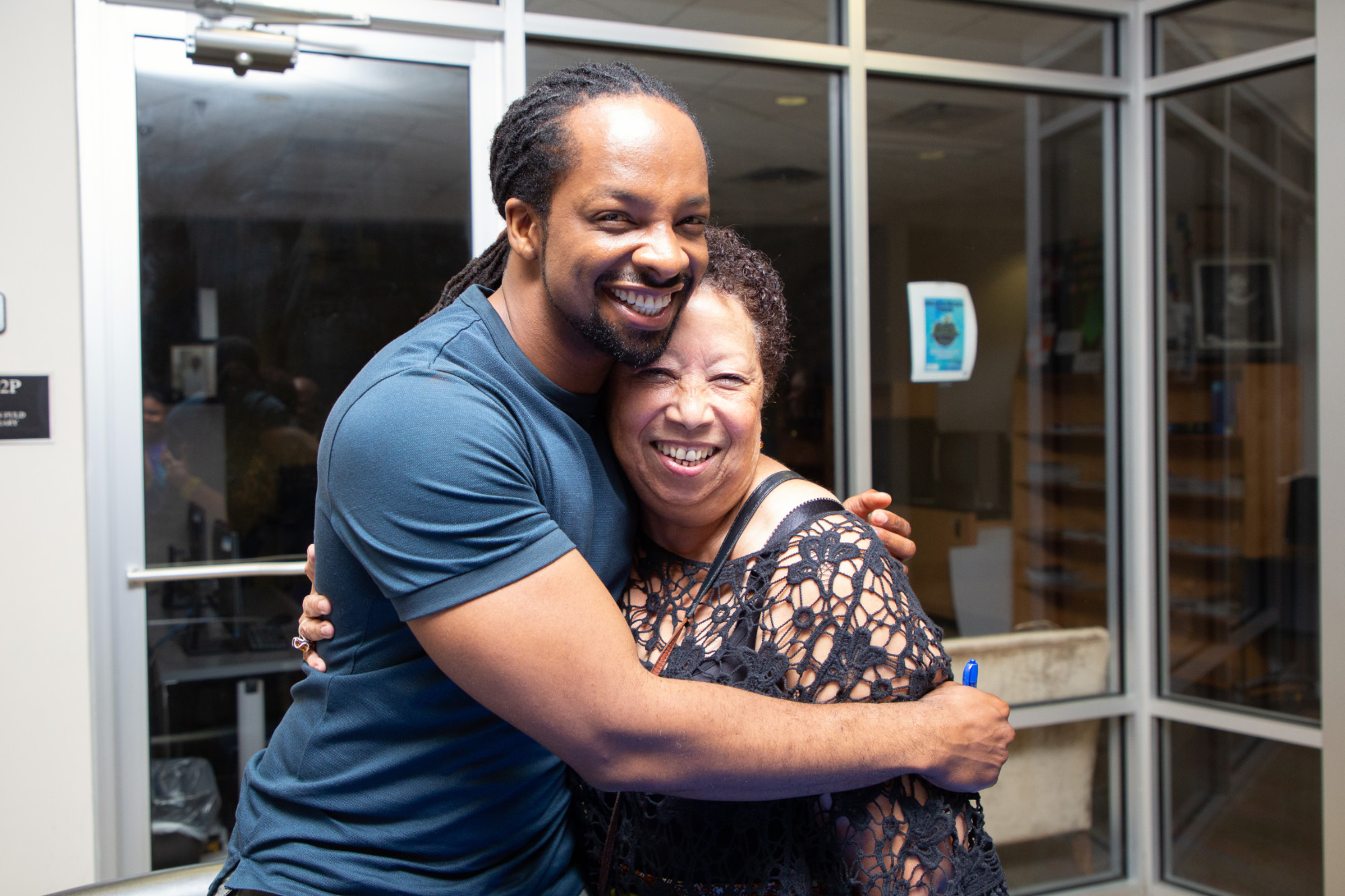 Dr. Mona Lisa Saloy and Jericho Brown after his lecture at Dillard in 2019

By becoming Louisiana poet laureate, Saloy has added to Dillard’s humanities lineage and leadership. She is a successor of alumna Dr. Brenda Marie Osbey who served as poet laureate from 2005 to 2007, and she taught Pulitzer Prize winning poet and Dillard alumnus Jericho Brown.

During National Poetry Month, Saloy spoke about the importance of poetry on the “Conversations on the Oaks” podcast.

Marquis Who’s Who awarded Saloy with the prestigious Albert Nelson Marquise Lifetime Achievement Award, putting her in the 1.5 percent of 5,000,000 academics in America. Her research on Zora Neale Hurston was used for the Algiers/NOLA TriCentennial Commission.

This honor, however, has deep meaning to Saloy. “I hope to encourage our beloved Louisiana to embrace our uniqueness, to pay homage to our great ancestors, and give hope in verse.”