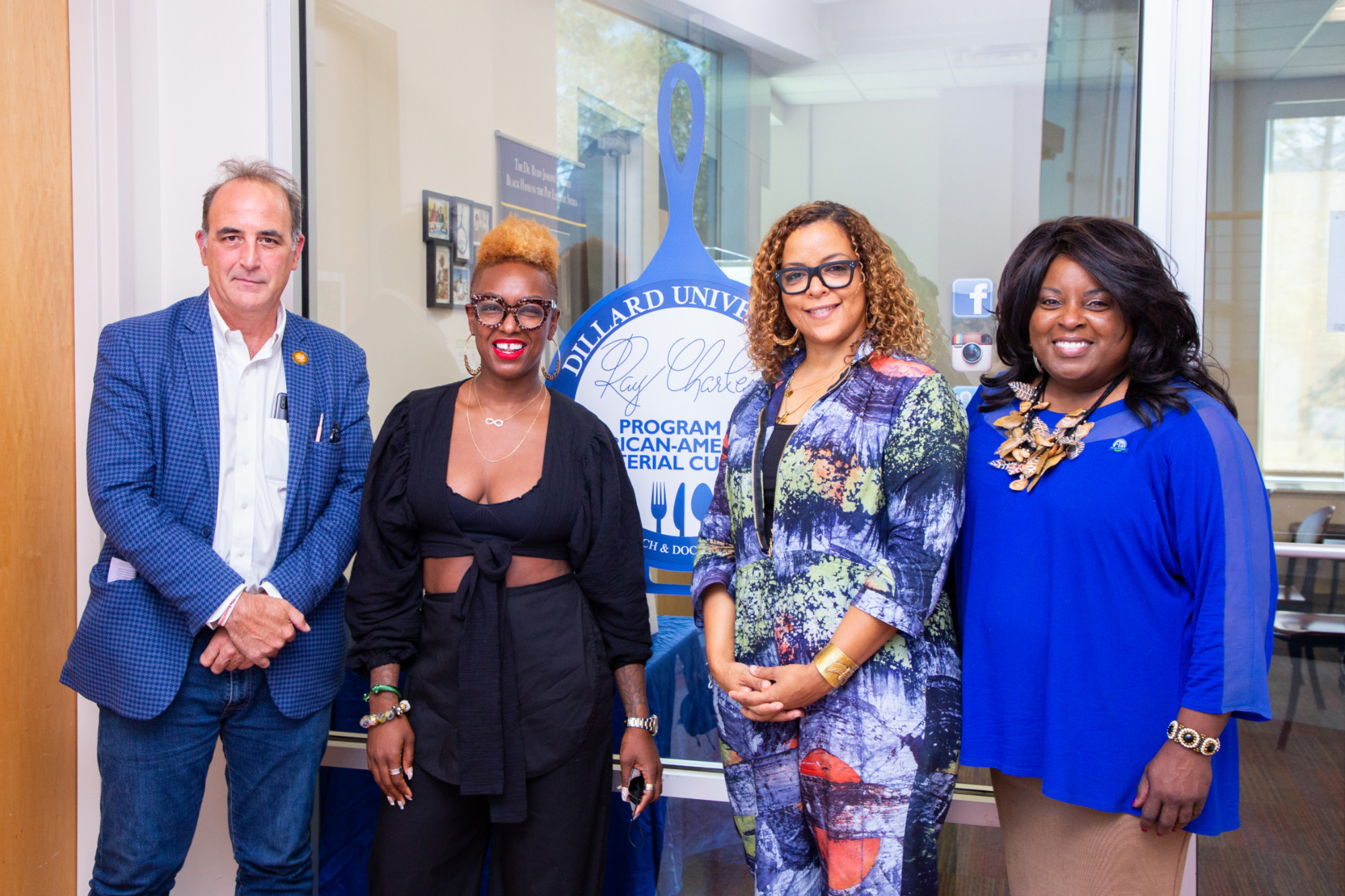 
When Zella Palmer began her career in food, the field had not yet been created. Palmer recalls it being “an idea and a vision” at the time. As the director of the Ray Charles Program in African-American Material Culture and the founder of Dillard’s food studies minor, Palmer’s dedication to that idea and vision has been recognized. For her contributions to the field, Dine Diaspora is honoring Palmer as a 2022 Black Women in Food Trailblazer. Palmer described her reaction as “humbled.”


“To be recognized by my peers and so many incredible Black women in food is so heartwarming,” she said. “I also honor the women who came before me–Vertamae Grosvenor, Edna Lewis, Leah Chase, Dr. Jessica Harris and Toni Tipton Martin.” Palmer says that her dedication has been driven by passion and a love for the stories, food and culture of people from the African diaspora.


There is no doubt that Palmer pours that passion into both the Ray Charles program and food studies. She wants her students to understand the power that they have in reclaiming African foodways and culture by leveraging technology. “I want them to become global citizens, and food is our bridge to so many opportunities and careers,” said Palmer.


Ray Charles program and food studies students have benefited handsomely from Palmer’s desire to broaden their cultural horizons. The Ray Charles program–the only one of its kind at an American college or university–is well-known for its cooking demonstrations. During the pandemic, however, Palmer effortlessly pivoted to virtual lectures that have included food experts from around the nation and other parts of the world. Currently, the Ray Charles program is hosting its “Legacies of American Slavery” initiative in collaboration with the Council of Independent Colleges.


The next installment in the series will be a March 10 free virtual conversation with Chef Therese Nelson, the founder of BlackCulinaryHistory.com.


While Palmer is humbled to be recognized as a trailblazer, what truly matters to her is the organization that made her an honoree. Palmer says that she has admired Dine Diaspora since their founding in 2014. “I have followed Dine Diaspora for quite some time and their vision is very clear and on time,” she said. “Dine Diaspora saw a need and filled it, to lift up Black women in food who have gone unrecognized for far too long.”


She also took note of the Black Women in Food panel of judges, a group that Palmer says she looks up to. “Have you seen the judges?! They are game changers in the food industry and making major moves. I plan on sharing their stories with our food studies students and inviting them to Dillard University.”


Dine Diaspora selected 31 Black Women in Food honorees, and all are being highlighted on the organization’s website and social media platforms during Women’s History Month.