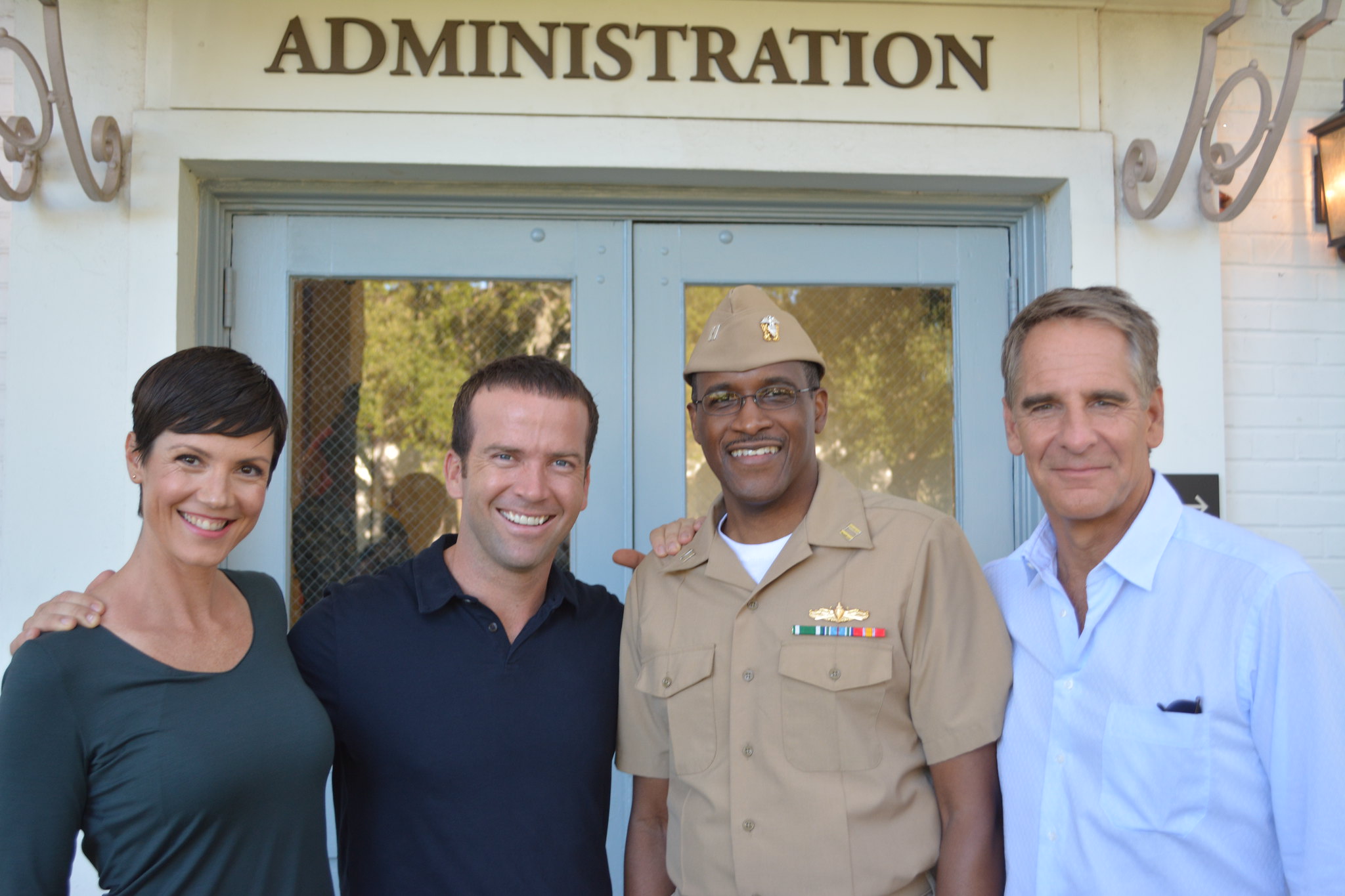 Making film studies a signature program, President Walter Kimbrough appeared as an extra on "NCIS: New Orleans" in 2012. Here, he is pictured with (l. to r.) Zoe McLellan, Lucas Black and Scott Bakula.

Don’t let the “Hip Hop Prez” moniker fool you; Kimbrough’s head is always in the academics game. A couple of Dillard's academic achievements, during the Kimbrough years, include high school students’ GPAs increasing more than 18% and their ACT scores increasing 14%.

Under Kimbrough’s leadership, the nursing program made a bold decision that has begun paying off. In 2017, Dillard decided to halt admissions in order to restructure and improve the historic program. That decision has led to the College of Nursing gaining full approval from the Louisiana State Board of Nursing, its 2021 graduates achieving a 100% pass rate on the NCLEX-RN, and 100% of those graduates landing jobs in the field.

Kimbrough identified film studies and physics as signature programs. “Hollywood South” had begun booming, so Dillard stepped up to meet the demand for knowledgeable and skilled film industry professionals. In 2021, Study.com ranked the program as the #13 film bachelor’s program in the nation. Just like the South, however, physics had something to say. The program grabbed the nation’s attention by becoming one of the top three producers of African Americans receiving physics bachelor’s degrees in the U.S.