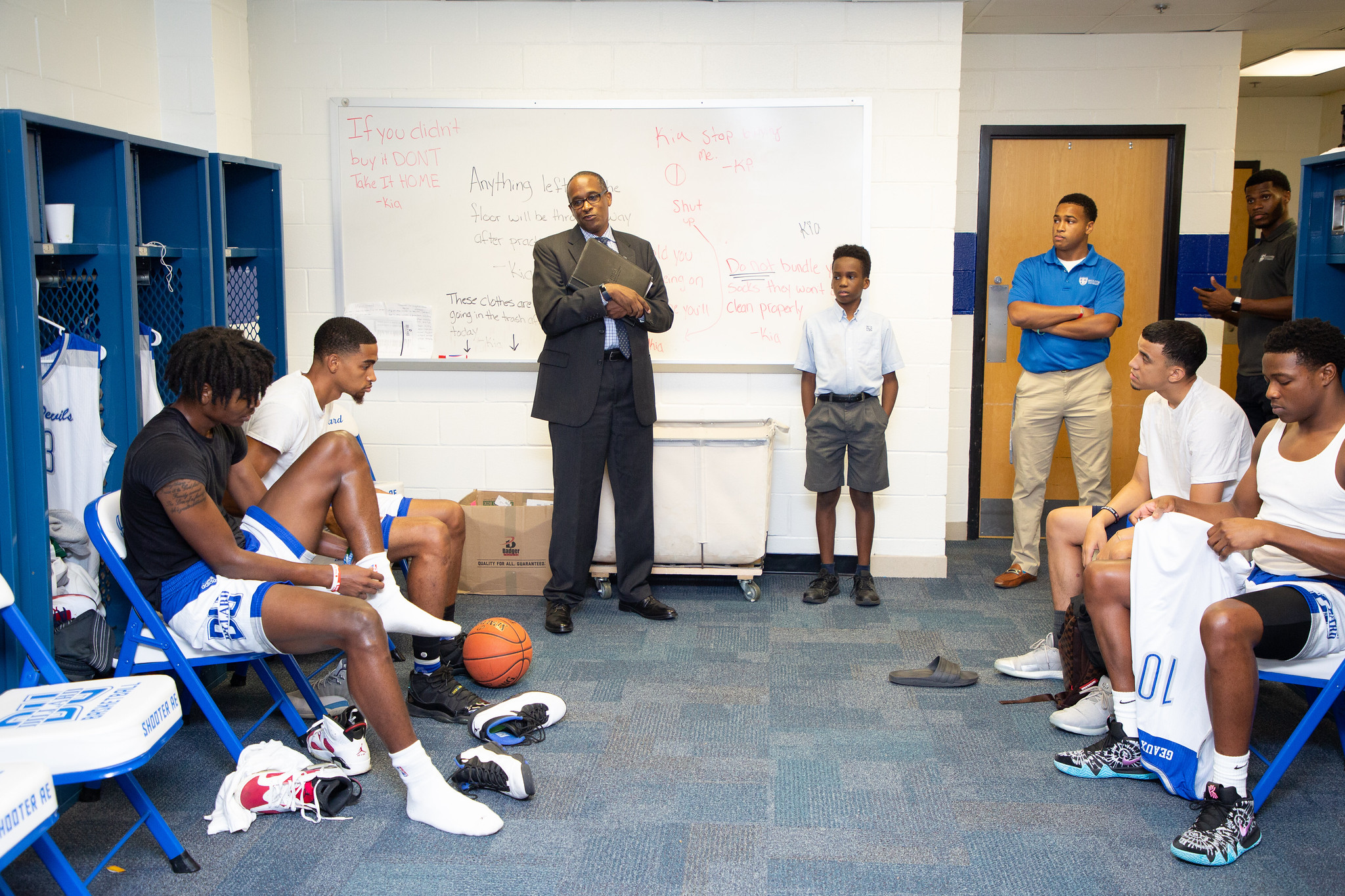 Some college presidents are indifferent about their athletics programs–not Kimbrough. Building off the energy of rising star, Dr. Kiki Baker Barnes, Kimbrough supported efforts to put winning teams in the arena. Kimbrough even directly challenged the Bleu Devil and Lady Bleu Devil student athletes to defeat Philander Smith College, where he previously served as president.

The results started coming right away. In 2012, the women’s outdoor track and field team won the Gulf Coast Athletic Conference (GCAC) title. The men’s outdoor track and field team won the 2014 GCAC title, which they would repeat in 2021. A couple of years later, the Bleu Devils began a three-year run where they were conference champions in men’s basketball; and the Lady Bleu Devils took the GCAC title in 2018 with a conference tournament victory following in 2019. In 2016, Dillard won the GCAC’s coveted Thomas Howell Cup which is awarded to the institution whose athletics programs have the most success, comprehensively.

It was in 2021 and 2022, however, that Dillard experienced three athletics milestones. The most significant milestone was the Bleu Devils outdoor track and field 4x100 relay team giving Dillard its first-ever national championship in any sport in 2021. Later that year, both the men’s and women’s cross country teams won their first GCAC titles. In 2022, Dillard track and field student athletes received invitations to the popular Penn Relays, an event that attracts worldwide competition and well over 110,000 track and field fans.

Kimbrough is leaving Bleu Devil fans more to look forward to. In the spring of 2022, Dillard tennis returned and the University announced that it will field baseball for the first time since the days of Straight College and New Orleans University.