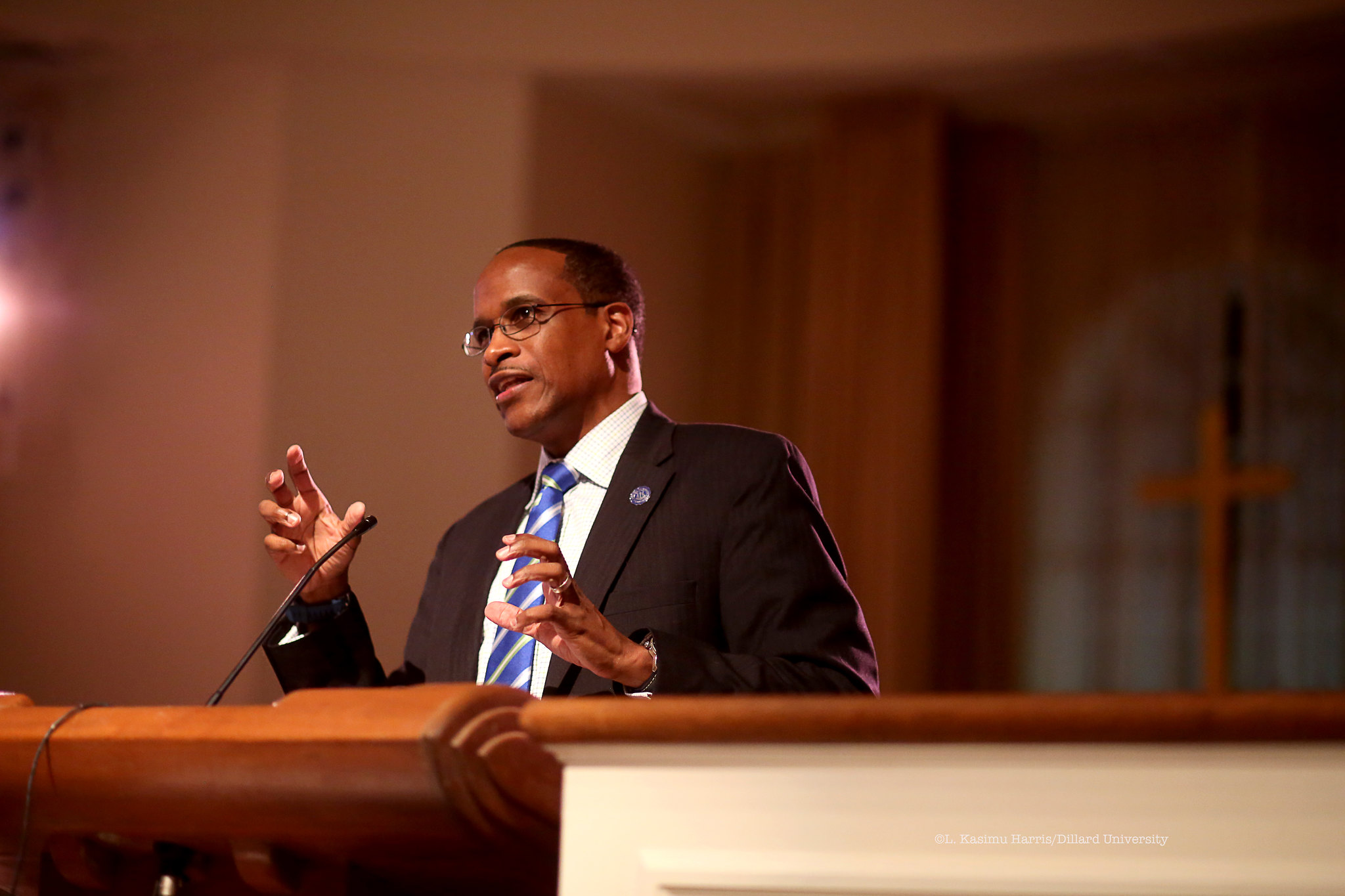 
Dr. Walter M. Kimbrough has made quite an impression on Dillard and beyond during his time on The Oaks. In this series, we are celebrating the legacy of the University's seventh president by highlighting seven of his significant accomplishments as Kimbrough prepares to say "fair thee well" to the Dillard community.

Katrina Loan Forgiven
Although he didn’t experience Hurricane Katrina, President Walter Kimbrough still had the uneviable task of picking up the remaining pieces. Not only that, Kimbrough had received his official welcome to the New Orleans area from Hurricane Isaac on August 28, 2012.

It would be nearly six years later that Kimbrough would receive the best recovery news that he and the Dillard community could receive. In February of 2018, Congress forgave loans awarded by the Department of Education, allowing Dillard to erase $168.8 million of debt.

Of the forgiveness, Kimbrough said, “It is transformative not only for Dillard University, but for Gentilly as well. The Dillard community is so appreciative to close the final chapter on Katrina for the University.”