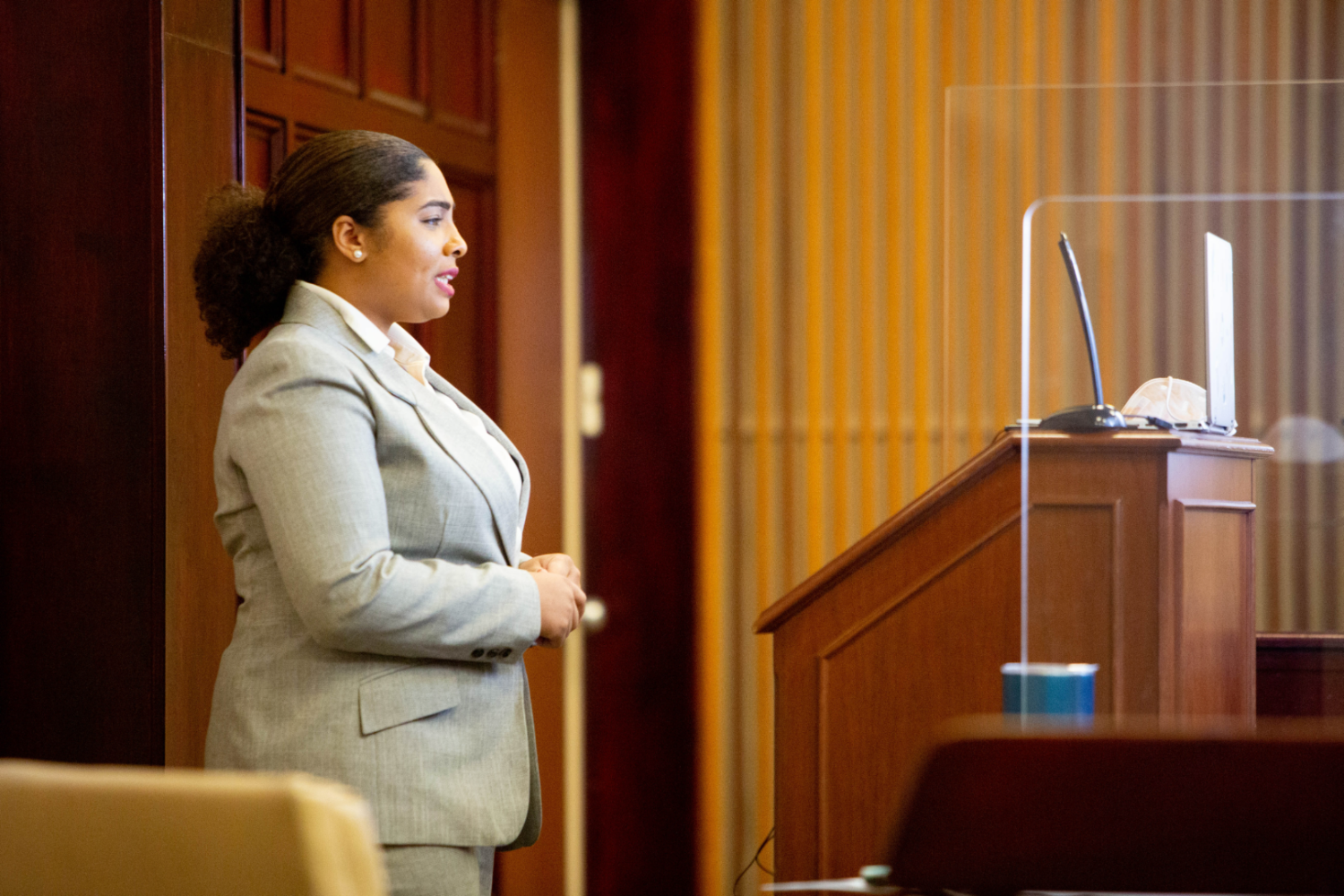 During Black History Month 2021, Dillard celebrated “History Made, History in the Making.” Everyday, on Twitter, Facebook and Instagram, the University posted #DUBlackFacts to celebrate Dillard’s contributions to society. Despite how COVID-19 changed life at Dillard during the 2020-2021 academic year, student groups lost neither their competitive edge nor their desire to be the best. As a different kind of academic year kicked off, Bleu Devils wasted no time making their mark. All photos are by Dillard's photographer, Sabree Hill. 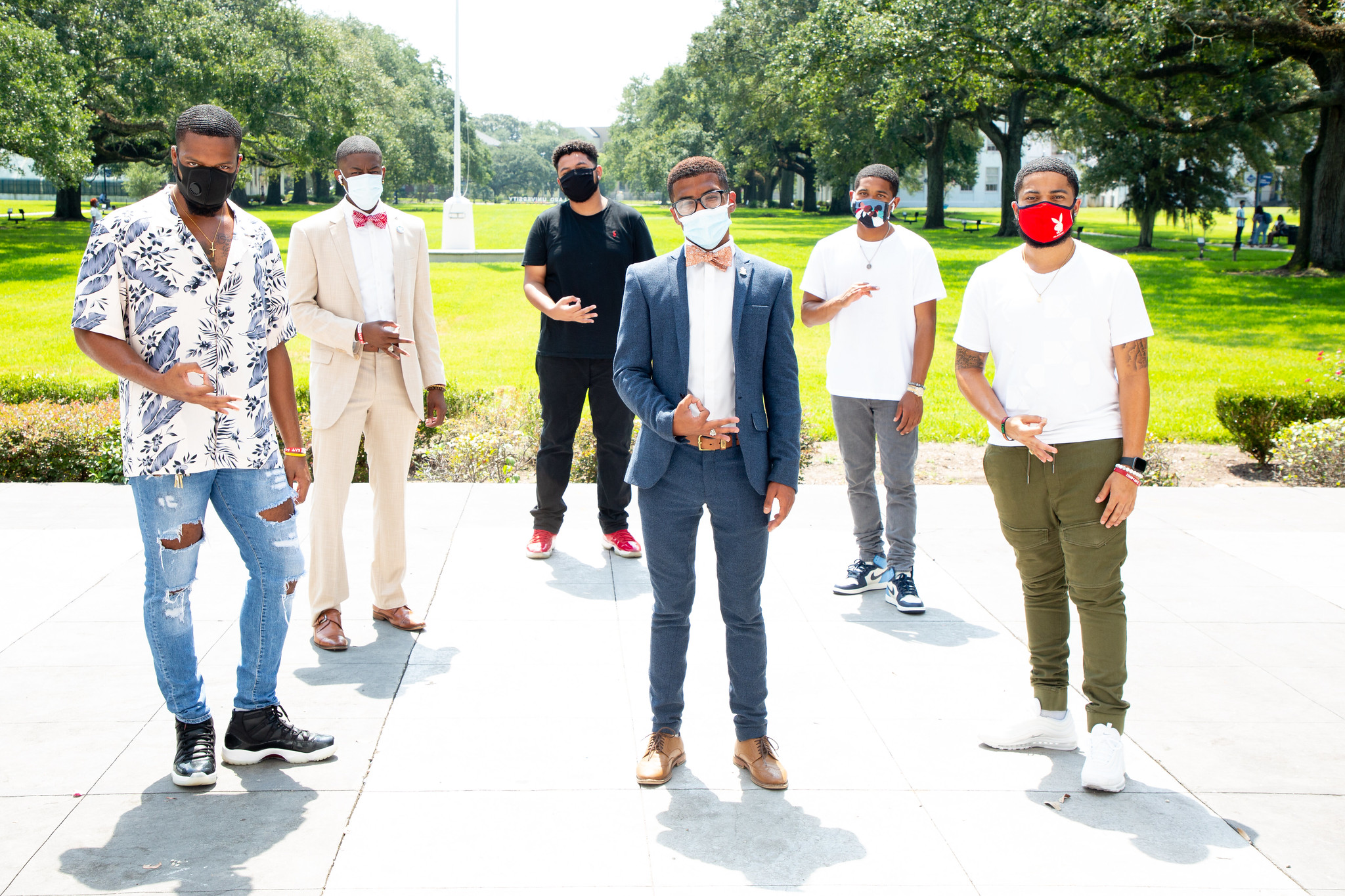 Dillard’s Beta Gamma chapter of Kappa Alpha Psi Fraternity, Inc. had an impressive year. The chapter received the Edward Giles Irvin award, the highest award for a college chapter for exemplary service to the community, making them the fraternity's best small chapter. At their Southwestern Province’s 84th Province Council Meeting, the chapter was honored as the chapter with the second highest GPA in the province. It was Traelon Rodgers, however, who exemplified one of the fraternity's dearest values--achievement. Rodgers earned the Guy Lewis Grant Award which is given to an undergraduate for meritorious achievement. He also received the Byron Kenneth Armstrong Award which is given to an undergraduate for the highest GPA. So impressive was the co-valedictorian and Marshall-Motley Scholar's leadership that Rodgers graced the back cover of The Kappa Alpha Psi Journal which a fraternity representative noted is a rare feat for one of their undergraduates.

Having competed for only their second year, the Dillard University Debate Team placed fifth in the East Coast Early Bird Speech and Debate Competition in September 2020. Jerika Edwards ’23, advanced to the final round in the Open Division IPDA (International Public Debate Association) category and placed second out of 23 competitors. That same month, the Division of Student Success launched the Bleu Troop Public Health Ambassador program to address campus health and safety measures in the midst of the COVID-19 pandemic. The group went to work immediately when they helped the Office of Community and Church Relations donate hand sanitizer, digital thermometers and over 600 face masks to the campus and surrounding communities.


The Bleu Troop Public Health Ambassadors got off to a strong start at the beginning of a most unusual academic year by teaming up with the Office of Community and Church Relations to distribute PPE around the University and community.

The Dillard Diamonds got a pleasant surprise on Instagram in October. Support Black Colleges, a retail company, featured the Diamonds one of the “10 Dope Dance Teams.” 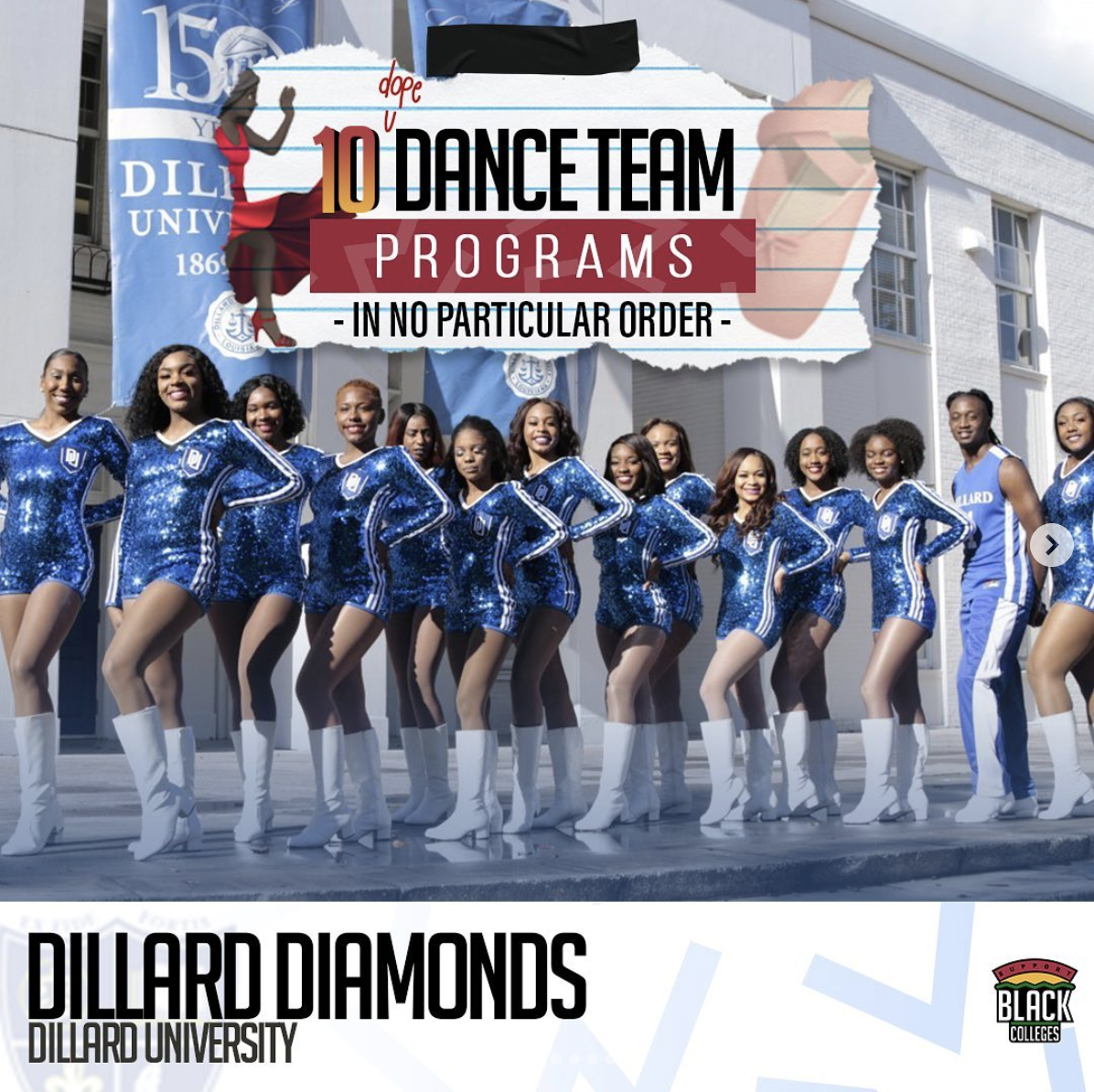 In the midst of these achievements, one of the newest student groups began their philanthropic efforts. The New Wealth Society, an organization that focuses on financial literacy, awarded a fortunate fellow Dillard student with a scholarship.

Dillard’s chapter of the Society of Physics Students (SPS) is familiar with distinction. The chapter earned national recognition by being named a 2020 Outstanding Chapter Award. This marks an improvement from being named a Distinguished Chapter in 2017, 2018 and 2019. In addition, two chapter members, Jamaya Wilson '20 and Eboni Collins '21, wrote an article for the SPS website about how SPS adjusted their 2020 outreach efforts for the DU WISHES (Dillard University - Women in STEM High School Experience in Summer) program.

In 2020, the Dillard University Mock Trial Team did not even place at the University of Alabama Crimson Classic. What a difference a year makes. Dillard was the smallest of the 21 institutions and the only HBCU. Of the victory, the Honorable Kern Reese, one of the team's coaches and Orleans Parish Civil District Court judge, said, "What Dillard accomplished was incredible and historic."