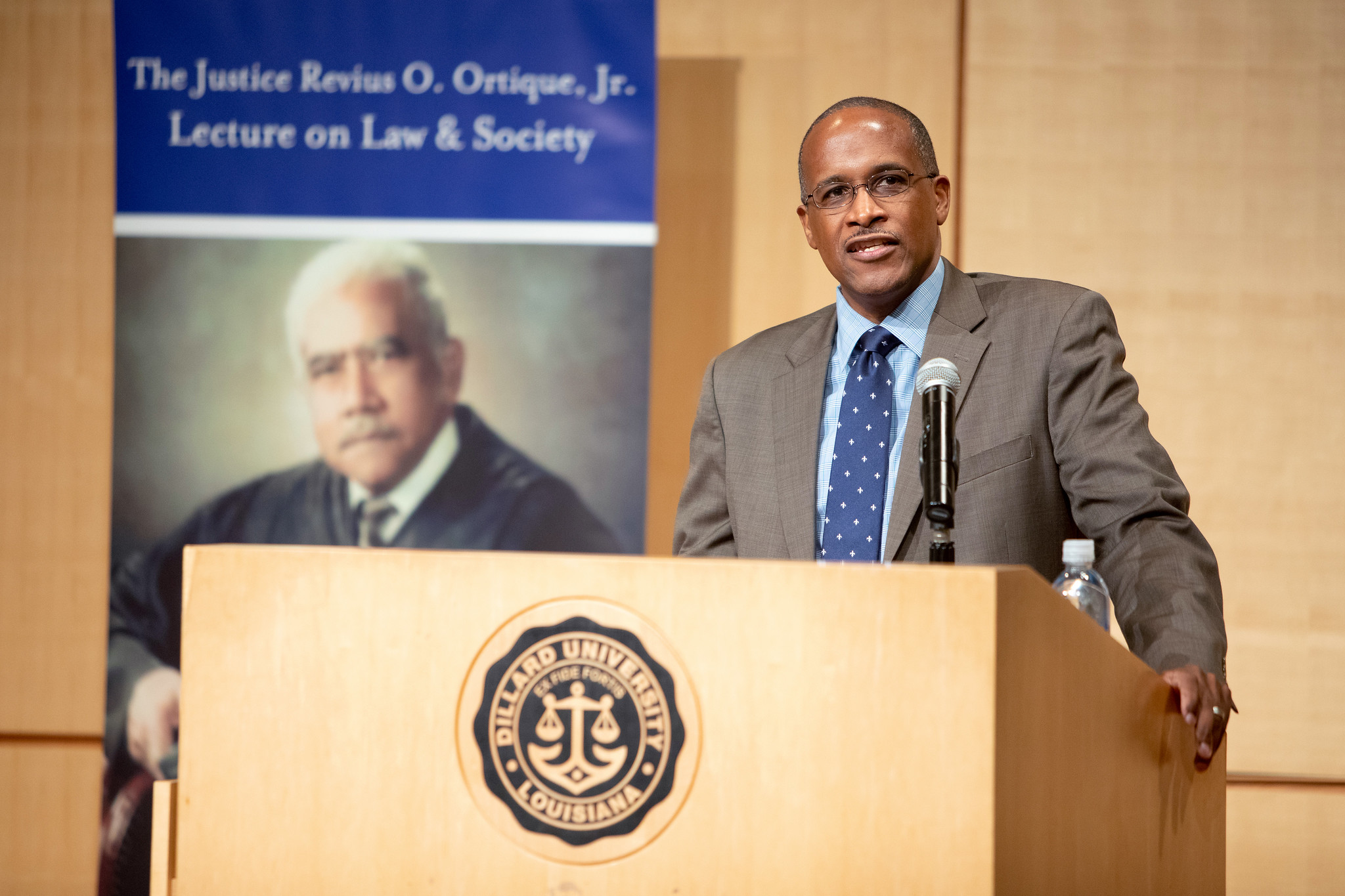 I am writing on behalf of Ka Mauri Harrison who was recently suspended for an alleged violation of school policy because a BB gun was visible while he participated in a virtual classroom experience. The adjustment to this new reality has been hard for students of all ages. I have been meeting with my freshmen at Dillard University who are experiencing not only a new level of learning at a new school, but the use of new modalities that most faculty are learning as well. While we too have established rules and policies, probably even more so since college students have a level of independence that requires greater compliance in order to keep everyone safe, we are flexible given this unprecedented situation.

After reviewing the code of conduct, the possible sanctions, as well as the student agreement regarding internet access, I believe there is enough ambiguity in the policies so that this matter can be addressed without causing long term harm to Ka Mauri. Having a suspension on his record, as well as having to engage with a social worker, begins to track him in a way that we both know disproportionately harms Black male children.

The weapons policy prevents possession at school buildings, property, or on buses. It isn’t clear that possession in a private home while in a virtual class equates to being a school sanctioned event, therefore I believe it allows for professional judgment to consider the uniqueness of the situation. The reports do not indicate that he brandished the gun, but simply moved it away from a younger brother with whom he shared the room. That situation would not have happened in person, so should be taken into account.

Similarly, the student agreement regarding internet access does not seem to fit this situation. He was using the internet to participate in class while at home. He was distracted by his brother, and for safety moved the BB gun out of his way. I can’t fault this 9-year-old for not moving the gun out of the camera when he clearly was trying to be responsible.

I believe this can immediately be remedied by:

1. Redoing the due process hearing
2. Removing the sanction from his record
3. Review and update the virtual policy to account for the unique in home environment
4. Removal of the requirement for social worker intervention
5. A public apology

In April of 2018, the U.S. Government Accountability Office issued a report indicating that Black boys and girls are disproportionately sanctioned by schools. A 2014 APA Journal of Personality and Social Psychology study included the damning statement by its author Dr. Phillip Atiba Goff, “Children in most societies are considered to be in a distinct group with characteristics such as innocence and the need for protection. Our research found that black boys can be seen as responsible for their actions at an age when white boys still benefit from the assumption that children are essentially innocent.”

We don’t have to contribute to this national problem. And yet in today’s paper, on the front page and above the fold, is a picture of 9-year-old Ka Mauri Harrison next to the headline, “Fourth grader suspended over BB gun.” Somehow he is viewed as not being innocent while at the same time in our nation a 17 year-old who kills two people with an assault rifle in Wisconsin was recently described by the former Florida AG as a “little boy.”


We have to be better than this. As the father of an 11-year-old boy, I want my son to be viewed through a lens of innocence if he makes a mistake, and not have to worry about him being suspended or expelled, or because this is America today, possibly killed.

Supporters provide more than $780,000 for GivingTuesday

Married non-traditional students on why Dillard was an easy choice

Allen:  Disparities due to institutional racism

Clark:  A Lesson Before November

Pittman '24:  Three Types Of Misinformation In This Election And How We Can Fight It